Shows to Watch after Game of Thrones 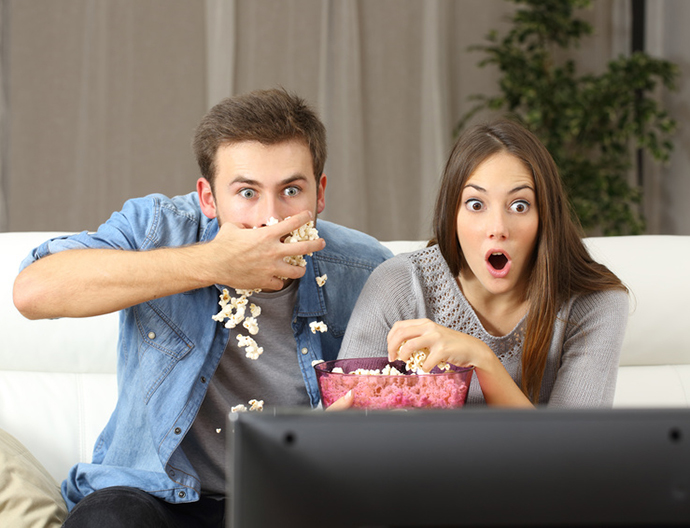 Winter finally came! Then abruptly left as the sixth season of the popular fantasy series Game of Thrones wrapped up for another year. I’ll keep this a spoiler-free zone, suffice it to say they managed to stuff a whole lot of excitement into the final action-packed episode. It was all so epic that when it was over, a lot of us immediately felt a huge, Game-of-Thrones-sized void in our hearts, with no idea how to fill it.

Although no one can completely replace our Westerosi heroes, we need something to keep us going until Season 7. The easiest way to enjoy quality television programs these days is on streaming TV, so what is everyone watching right now on Netflix or Presto? That’s the question I asked our staff, to pull together a list of shows you can start watching to fill the empty space left by the season finale of Game of Thrones.

Even if you haven’t caught on to the Game of Thrones craze (shock, horror!), maybe you can join in on the office TV goss with one of these series instead.

This legal drama series has been around for a while, first premiering in 2011, but it’s still going strong with Season 6 just released. Revolving around the lives of legal genius (with no law degree) Mike Ross and New York City’s head honcho of litigation, Harvey Specter, the show is as smart and sophisticated as Harvey’s designer suits. Even if you usually find legal dramas dry, Suits has a lot more to it than just closing cases. That’s what makes it the choice of Business Analyst, Kirsty:

“Based on the happenings of a top-tier law firm in NYC, Suits has drama, romance and humour against the backdrop of ongoing legal cases that will keep you guessing.” – Kirsty.

Orange is the New Black (Netflix) This comedy prison drama has blown up to be the most watched Netflix original series and has received a high deal of critical acclaim, even taking home a heaping handful of awards. After being thrown in jail for a criminal offence committed 10 years prior, Piper Chapman struggles to hold on to the wholesome new life she built as she attempts to navigates prison life and, worse, her fellow inmates. Full of raw human emotion, the show’s dark humour about life in prison gets the tick of approval from Senior Graphic Designer, Matt:

“Awesome Netflix series into its 4th season. Great for binging on, consistently both funny and dark. On occasion very, very dark and littered with heapings of “OMG”, moments.” – Matt. Taking it back old school, we have another HBO classic: The Wire. Even though this crime drama wrapped up in 2008, it’s worth dusting off for another round, or just giving it a go if you didn’t catch it last decade. There’s a drug problem in Baltimore, but it’s once that problem leads to a murder that detective Jimmy McNulty is on the case. Investigating thugs in poverty-stricken suburbs may sound like a huge and dangerous task – but it’s in these darkest corners of society we see glimpses of true humanity. Our Marketing Manager, Rob, considers it an oldie, but a goodie:

“A friend of mine suggested that the Wire was better than GOT & Breaking Bad combined which was enough to get me watching. I wasn’t disappointed and feel like I’m an expert now in both how to run an efficient gangland operation in Baltimore and also how to put one behind bars. Watch out for the actors playing the dead bodies not being able to lie still!” – Rob. Looking for something a little different? This critically acclaimed, award winning drama follows the life of cybersecurity engineer and hacker, Elliot Anderson who uses his skills to act as a cyber-vigilante. After seeing his work, the mysterious leader of an underground hacking group recruits Elliot to undergo huge, high-risk hacking missions. The tense, psychological drama of the series has Senior Customer Service Representative, Tal, hooked:

“Take the fundamentals from ‘Fight Club’, add a little ‘Hackers’, a dash of the ‘Tron: Legacy’ soundtrack and whole lot of Christian Slater doing what he does best and you have Mr. Robot; a thrilling tale about a vigilante cyber-criminal coming to grips with what’s reality and what isn’t as he tries to take on corporate greed from the inside. There’s no shortage of tension and intrigue in this series, and with the second season on its way soon it’s best to catch up now before spoilers crash override their way to your screen.” – Tal. I make no secret of the fact I see David Attenborough as one of the world’s greatest heroes. The way he brought nature and environmental consideration into all different kinds of households around the world is nothing short of legendary. His nature documentaries could be considered the best thing to ever happen to environmental conservation, so I was completely on board when Video Content Designer Mo suggested one of his latest masterpieces, Micro Monsters, for this article. Micro Monsters is a fascinating, up close and personal look into the wonderful world of bugs:

“I will be watching nature’s “Game of Thrones” with David Attenborough’s amazing documentary “Micro Monsters”. A fascinating 9 episode journey into the world of strange and amazing bugs hidden beneath our feet. Stunning up-close footage and the quintessential narration will keep you hooked from start to finish.” – Mo.

If you’ve gotten to the end of this article and are still wondering what Game of Thrones is, you can catch up with seasons 1 to 5 available to purchase* on iiNet TV with Fetch, which can also run most streaming TV services like Netflix, Presto and Stan.

What shows are you watching right now? Let us know in the comments below.