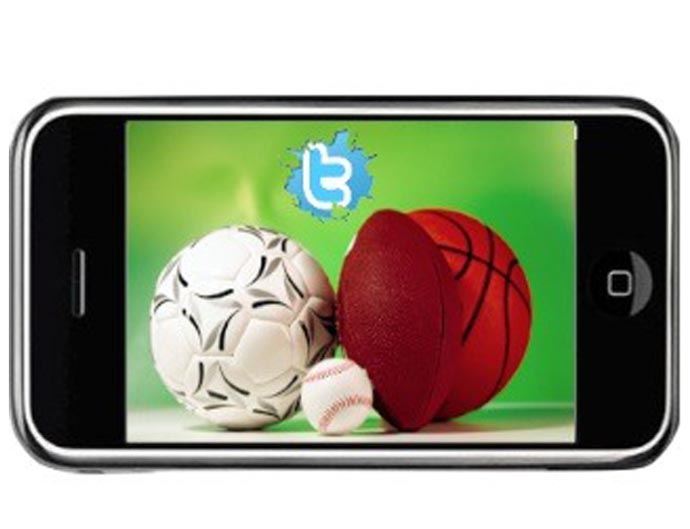 As everyone knows, sport is big business.

Hundreds of millions of dollars are earned and spent on worldwide sports entertainment and audiences have never been larger. But for big-time sports fans, it’s no longer about watching sports on weekends. It’s about following teams and players (and talking about them) in real time.

Those without access to subscription TV regularly find themselves at the mercy of free-to-air channels that don’t always broadcast the sports they enjoy live.  For this reason, parts of weekends are regularly spent in self-imposed Twitter and Facebook exile to avoid unwanted score updates and/or commentary that might hint at who’s beating who.

Yes, it might be a little precious, but it also highlights the impact social media continues to have on world sports, resulting in an ever-increasing array of applications providing by-the-second updates and breaking news from all around the globe.

For those with a need for scores and updates as they happen, there are plenty of handy online tools to update every goal, run, try or point and provide a forum to chat about the highlights with anyone who’ll listen.

Recently stumbling across one mobile phone tool that ticks all the boxes – PlayUp – uncovered a social network dedicated to fans of live sport, with access to instant updates from worldwide sports including basketball, baseball, rugby, AFL, European football and English Premier League.

On top of live scores, recent results and breaking news, PlayUp allows users to banter with other sports fans in existing ‘Hangouts’ or create their own ‘Private Hangout’ to talk sport with Facebook or Twitter friends. Take a look – it’s free to download from the App Store or Google Play.

When NFL quarterback Tim Tebow threw an 80 yard touchdown pass in January this year, Twitter went into meltdown with over 9,000 Tebow-related tweets posted every second. Every second.

It’s therefore no surprise that sports clubs and players are embracing social media as the perfect way to better connect with fans and amplify their online voice (or plug sportswear, energy drinks and vitamins).

For the players, the numbers are massive. Real Madrid footballer Kaka  tweets to over 10.9 million followers worldwide, edging out fellow Twitter-happy sports greats like Cristiano Ronaldo with 10 million, Shaquille O’Neal with 5.7 million and LeBron James  with 4.6 million.

The rise to sports fame can be a rapid one, but Twitter and Facebook have paved the way for a number of overnight sensations. Look no further than Jeremy Lin – the once-unknown New York Nicks point guard who shot to fame (literally) in February this year with jaw-dropping form during a New York winning streak.

Apart from cementing the word “Linsanity” into international sports language, Lin also boosted his Twitter following from 28,500 to over 600,000 in one month and picked up some lucrative sponsorship along the way.