Stories straight from the page to the screen!

So many books, so little time? Luckily for us, over the years a number of books have leaped from the pages and made their way to the big screen, making it easier for us to indulge in our favourite titles.

We love a good book and during August, we celebrated Book Lovers Day on the 9th of August, and schools and libraries around Australia celebrated Book Week from the 17th to the 23rd August. To pay tribute to some of our all-time favourite feature films that are based on books, we’ve dug through the Fetch movie archives and put together some book and movie pairs for you to check out. All of these titles and more can be found In the Fetch Movie Store in the ‘Page to Screen’ theme. Check out and see if your favourite book is below, and find a new page turner to pick up and later watch!

Based on: Life of Pi is a Canadian fantasy adventure novel by Yann Martel, published in 2001.

Between the pages: After deciding to sell their zoo in India and move to Canada, Santosh and Gita Patel board a freighter with their sons and a few remaining animals. On their travels they encounter a storm and the ship becomes shipwrecked. The Patels’ teenage son, Pi, is the only human survivor left floating in a lifeboat in the middle of the ocean with a zebra, an orangutan, a hyena and a male Bengal tiger nicknamed Richard Parker. Years later, Pi Patel meets with a writer in Canada and shares his story of survival and how he survived months out at sea. 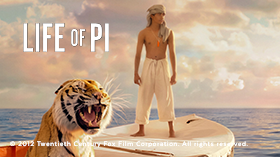 Based on: The Help is a 2009 novel by American author Kathryn Stockett.

Between the pages: Set in 1960s Mississippi, Southern society girl Skeeter returns from college with dreams of being a writer. As an aspiring author during the civil rights movement of the 1960s, she decides to write a book detailing the African-American maid’s point of view on the white families for which they work, and the hardships they go through on a daily basis. At first, only one person is willing to talk but as the pair continue to collaborate, more women decide to come forward and the truth unfolds. 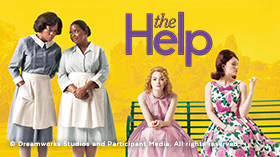 Based on: Jasper Jones is based on an amazing Australian book by Craig Silvey.

Between the pages: Charlie Bucktin is a bookish 14-year-old living in Corrigin, Western Australia during the Vietnam War. During the summer of 1969, Charlie is awoken by local mixed-race outcast Jasper Jones outside his window who directs him into the forest and reveals something that will change his life. Together they set out to solve a dangerous mystery in a town where gossip and secrecy run high and Jasper holds the title of town troublemaker. 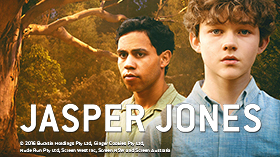 Based on: Ready Player One is a 2011 science fiction novel, and the debut novel of American author Ernest Cline.

Between the pages: Let’s jump to the future! It’s 2045 and the world is on the brink of chaos and collapse, but the people have found salvation in the “Oasis,” an expansive virtual reality universe that was created by the brilliant and eccentric James Halliday. When Halliday dies, he leaves his immense fortune to the first person to find a digital Easter egg he has hidden somewhere in the Oasis, sparking a contest that grips the entire world. When an unlikely young hero named Wade Watts decides to join the contest, he is hurled into a breakneck, reality-bending treasure hunt through a fantastical universe of mystery, discovery and danger.

Based on: The Hate U Give is a 2017 young adult debut novel by Angie Thomas, expanded from a short story she wrote in college in reaction to the police shooting of Oscar Grant.

Between the pages: Starr Carter spends her life constantly switching between two worlds – the poor, mostly black neighborhood where she lives and the wealthy, mostly white prep school that she attends. The uneasy balance between these worlds is soon shattered when she witnesses the fatal shooting of her childhood best friend at the hands of a police officer. Facing pressure from all sides of the community, Starr must find her voice and decide to stand up for what’s right. 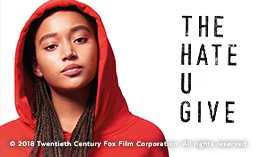 6. The Fault in Our Stars

Based on: The Fault in Our Stars is a romance novel published in 2012. The title was inspired by the quote in Act 1, Scene 2 of Shakespeare’s play Julius Caesar: “The fault, dear Brutus, is not in our stars, but in ourselves, that we are underlings”.

Between the pages: Hazel Grace Lancaster, a 16-year-old cancer patient, meets and falls in love with Gus Waters, a teen from her cancer support group. They share a sarcastic sense of humor, a distaste for convention and a love of books, especially Grace’s touchstone, “An Imperial Affliction” by Peter Van Houten. Gus scores an invitation to meet the reclusive author and he and Hazel embark on the adventure of their life while proving that while life isn’t perfect, love is. 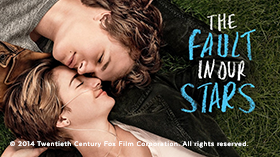 Based on: Annihilation is a 2014 thriller novel by Jeff VanderMeer and the first book in the series Southern Reach Trilogy.

Between the pages: Biologist and former soldier Lena is shocked when her missing husband comes home near death from a top secret mission into The Shimmer, a mysterious quarantine zone no one has ever returned from. Now, Lena and her elite team must enter a beautiful, deadly world of mutated landscapes and creatures, to discover how to stop the growing phenomenon that threatens all life on Earth. Experience this visually stunning film that will be sure to leave you on the edge of your seat. 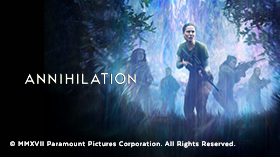 Based on: A satirical 2013 romantic comedy novel by Kevin Kwan who claimed that the novel was loosely based on his own childhood in Singapore.

Between the pages: Native New Yorker Rachel Chu accompanies her longtime boyfriend, Nick Young, to his best friend’s wedding in Singapore. Excited about visiting Asia for the first time but nervous about meeting Nick’s family, Rachel is unprepared to learn that Nick has neglected to mention a few key details about his life. It turns out that he is not only the scion of one of the country’s wealthiest families, but also one of its most sought-after bachelors. Being on Nick’s arm puts a target on Rachel’s back, with jealous socialites and, worse, Nick’s own disapproving mother taking aim. And it soon becomes clear that while money can’t buy love, it can definitely complicate things. 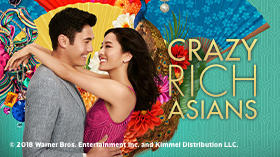 Based on: Brooklyn is a 2009 novel by Irish author Colm Tóibín. It won the 2009 Costa Novel Award and was named as one of “The 10 best historical novels” by The Observer in 2012.

Between the pages: Young Irish immigrant Eilis Lace departs Ireland and the comfort of her family home and heads for the shores of New York City. She navigates her way through 1950s Brooklyn but is overwhelmed with homesickness until she is swept off her feet by a local. When her past catches up with her, Eilis must choose between two countries and the lives that she has built in each. 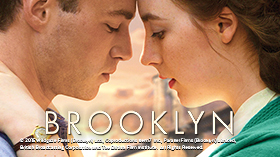 Based on: Jackie Brown is a Quentin Tarantino adaptation of Elmore Leonard’s 1992 novel, Rum Punch, however while the book is set in Florida the movie changes this to Los Angeles.

Between the pages: Jackie Brown is a sultry, scheming and dangerous flight attendant busy smuggling cash into America for local gunrunner Ordell Robbie. When she is busted, agent Ray Nicolette and detective Mark Dargus want her help to bring down Robbie. Facing jail time for her silence or death for her cooperation, Brown decides instead to double-cross both parties and make off with the smuggled money. So, who’s playing who? 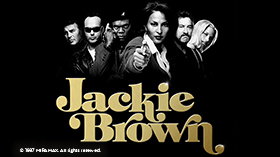 Based on: Five Feet Apart is based on the novel of the same name by Rachael Lippincott.

Between the pages: Stella Grant is every bit a seventeen year old, she’s attached to her laptop and loves her best friends. But unlike most teenagers, she spends much of her time living in a hospital as a cystic fibrosis patient. Her life is full of routines, boundaries and self-control, all of which is put to the test when she meets an impossibly charming fellow patient named Will Newman. There’s an instant flirtation, though restrictions dictate that they must maintain a safe distance between them. As their connection intensifies, so does the temptation to throw the rules out the window and embrace that attraction. Further complicating matters is Will’s potentially dangerous rebellion against his ongoing medical treatment. Stella gradually inspires Will to live life to the fullest, but can she ultimately save the person she loves when even a single touch is off limits? 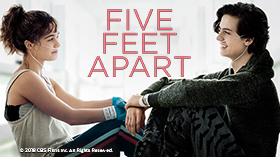 Based on: Pet Sematary is a classic 1983 horror novel by American writer Stephen King.

Between the pages: After the Creed family relocates from Boston to rural Maine, they soon discover an ancient burial ground hidden deep in the woods near their new home. When tragedy strikes, the grief-stricken father is driven by the cemetery’s sinister power, setting off a perilous chain of events that unleashes an unfathomable evil with horrific consequences. Some secrets are best left buried in this twisted thrill ride.

Where to find it: Buy or rent now in the Movie Store on Fetch and in Movie Store theme ‘Page to Screen’. You can also find the 1989 adaptation in the movie store here. 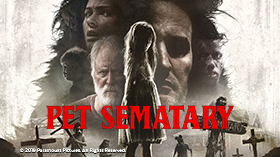 Based on: Published in 2005, the Book Thief is an historical novel by Markus Zusak turned international best seller.

Between the pages: The 550-page, World War II-era novel, narrated by Death, tells the story of Liesel Meminger from the time she is taken at age nine to live with a foster family in a German working-class neighborhood. Liesel arrives having just stolen her first book, “The Gravedigger’s Handbook” and when they learn that Liesel cannot read, they teach her the wonders of the written language, inspiring a love affair with books. 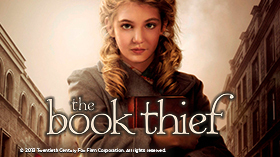 Get set up with entertainment galore!