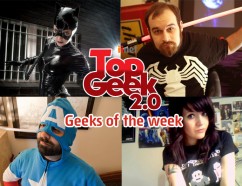 There’s just one week left until entries close for TopGeek 2.0 and our pool of geeks just keeps growing. With so much geeky talent emerging from every nook and cranny of Australia, let’s take a look at some of our … Continue reading → 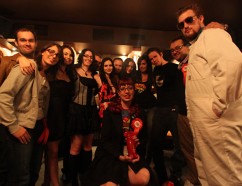 The original TopGeeks and where they are now

With entries rolling in thick and fast for TopGeek 2.0, we’re tracking back to last year’s competition for a first-hand look at what it’s like to battle it out for ultimate geek supremacy and inspire others to do the same. … Continue reading →

Comments Off on The original TopGeeks and where they are now

Wai-Con the biggest and best yet

by Adam O’Grady and Geoff Searle It was the biggest and most successful Wai-Con convention yet, and we were lucky enough to score tickets to check it out. From intense rounds of Street Fighter to learning how to create the … Continue reading →

Comments Off on Wai-Con the biggest and best yet

Keeping up with the Top Geeks

by Nikkita Dixon Top Geek 2.0 is gearing up for 2012 and soon enough we’ll be on the hunt for the most talented geeks in Australia. These geeks are wise to all sorts of acronyms, long words and strange terms … Continue reading →

by Cassandra James This year iiNet was a major sponsor of AVCon, Adelaide’s Anime and Video Games Convention held at the Adelaide Convention Centre in the city. With over 7000 people in attendance, it was an amazing event. The iiNet … Continue reading →

Comments Off on TopGeek mission to AVCon
← Older posts