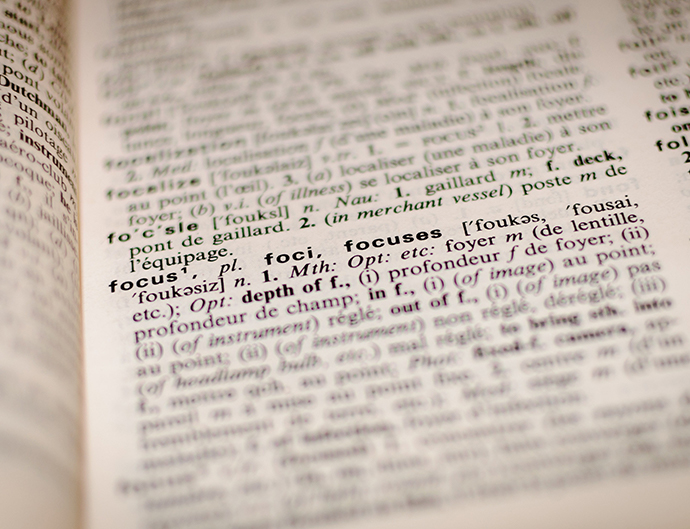 Modern life is chock-full of acronyms from lol (laugh out loud) and brb (be right back) to IDK (I don’t know) and TBH (to be honest). While you may have a lot of chat-speak under your belt, how’s your tech talk? The telco sector is jam-packed with plenty of technical terms that can be confusing to the everyday Aussie.

While most terms don’t pop up every day, the NBN™ (National Broadband Network) is bringing a number of technical acronyms to the forefront of discussions about internet in Australia. Thanks to the wide range of technologies being used in the rollout of the NBN™, all the acronyms can get a little confusing.

We’ve put together this handy glossary to break down the jargon and help you understand what everyone’s talking about when it comes to all this NBN™ stuff. You’ll be able to tell the difference between FTTC and FTTB in no time!

If you’re not already on NBN™ broadband, chances are that you’re still connected to ADSL2+ broadband. ADSL stands for Asymmetric Digital Subscriber Line, and the “2+” part simply refers to the latest generation of the ADSL technology. What makes it asymmetric, you ask? The fact that upload and download speeds on ADSL services are not the same speed – downloads are typically much faster than uploads.

All types of DSL services including ADSL2+, Naked DSL and VDSL2+ operate over the same network of copper cables as traditional landline phone services. As the NBN™ rolls out across Australia, the majority of this copper network will be replaced with (or partially reused for) the NBN™ infrastructure.

FTTB is one of the many technologies that make up the NBN™ infrastructure and it stands for Fibre to the Building. You’re most likely to find it in apartment complexes and other multi-dwelling units. Fibre optic cable runs all the way to the building’s MDF (we’ll discuss this in more detail later). From there, the existing copper wiring is used to run connections to each apartment/unit in the building.

This one can be tricky – although we spell it “kerb” in Australia, FTTC actually stands for Fibre to the Curb. As explained on the NBN Co blog, FTTC is already a globally-understood acronym with its own definition, so it’s been used instead of “FTTK”. With this technology, fibre optic cable runs all the way to a Distribution Point in a pit or on a pole near the kerb in your street. From there, copper wiring runs to your premises.

The Distribution Point device is the reason you may have heard this technology referred to as “FTTDP” before NBN Co settled on naming it FTTC. The Distribution Point’s basic job is to branch off several connections from the main fibre cables in the street and send them to individual premises.

FTTN stands for Fibre to the Node. It’s very similar to FTTB except fibre optic cable runs to a Node in your street or a street nearby instead of a Main Distribution Frame inside a building. From there, copper wiring runs to each standalone premises serviced by the Node.

This one stands for Fibre to the Premises and it’s fairly straightforward; fibre optic cable runs all the way to a premises (i.e. your home or business). As the original “Fibre to the…” technology in NBN Co’s Multi-Technology Mix, you may still hear FTTP being referred to as plain old “NBN™ Fibre” from time to time.

HFC stands for Hybrid Fibre Coaxial, which is the type of cable used in most Cable TV networks. HFC cable runs all the way to a premises. If you have a Cable TV service such as Foxtel, don’t worry; a splitter can be installed to give you a connection for your TV service and one for your NBN™ HFC internet service.

Here’s a term you may have come across before; ISP stands for Internet Service Provider, which refers to any company selling internet plans to customers. iiNet is a prime example!

As we previously mentioned when discussing FTTB, MDF stands for Main Distribution Frame. It’s a central connection point for a large number of telecommunications cables that are located within the same premises, such as apartment complexes. The MDF is typically locked away in a secure room or cabinet to prevent tampering and/or vandalism. If you live in an apartment complex and you’re getting a new NBN™ connection, you may need to make arrangements with your building manager or strata company to make sure the technician can access the MDF during your installation appointment. You can learn more about the NBN™ in apartments in our article, Getting set up on the NBN™ in a new apartment.

Although you may not see the term being used very often today, MTM refers to the Multi-Technology Mix which is being used for the national rollout of the NBN™. That means that different technologies are being rolled out in different areas where they are the most suitable or feasible to be rolled out. For example, areas with existing cable networks are likely to receive NBN™ HFC, and extremely remote locations can only be serviced by NBN™ Satellite.

Unlike “NBN™” by itself, which is used to refer to the network or internet products available over the network, NBN Co is specifically referring to the government-owned company behind the NBN™. NBN Co is essentially the owner of the NBN™ network and NBN™ internet services are retailed through Internet Service Providers such as iiNet as part of a wholesale agreement.

Most NBN™ connections involves some NBN™-owned equipment being plugged in at your premises. You may know this device as an NBN™ Connection Box but you may spot it being referred to as an NTD from time to time. It stands for Network Termination Device but don’t stress, “termination” doesn’t mean the same meaning as it does in the movie starring Arnold Schwarzenegger. All it means is your NBN™ connection goes into the box and then you just plug in a WiFi modem so you can connect computers, smartphones tablets and other WiFi devices.

If you have an NBN™ FTTC connection, your box will be referred to as an NCD (Network Connection Device) instead.

Out of every term in this glossary, WiFi may be the one you’re most familiar with. This handy way to refer to wireless internet connections has been around for a long time, but did you know that depending on your modem, there are different WiFi channels and/or frequencies you can connect to? You can find out more in our How to guide: Optimise your WiFi.

VoIP stands for Voice over Internet Protocol, which is the technology behind a type of phone service that runs over an internet connection instead of a traditional landline. Traditional copper landline phones will only remain available in areas serviced by the NBN™ Wireless and NBN™ Satellite technologies, so most of Australia will be using VoIP and/or mobile phone services in the years to come.

Did we miss any? If you’re trying to wrap your head around another internet tech term, tell us in the comments and we’ll be happy to break it down for you.