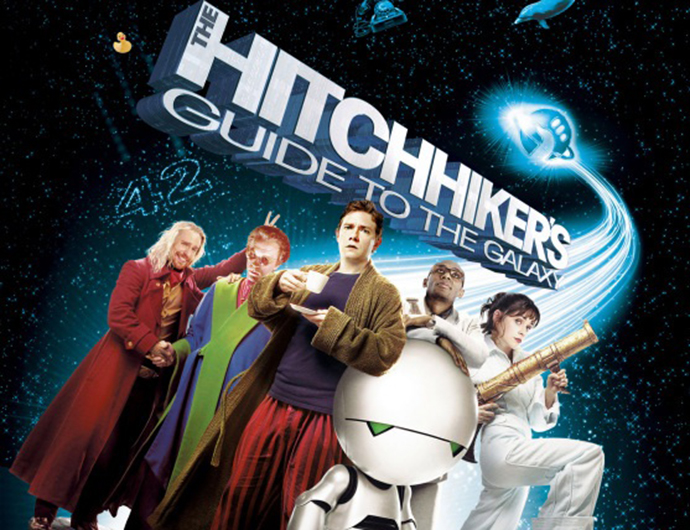 One of the reasons I love working at iiNet is I get to be part of a company that aims to be on the cutting edge of technology. Coming from a science background, I’m always excited to see the latest innovations and feel inspired by achievements of human intellect.

As a genre, science fiction tries to imagine or predict the future of science and technology. Sometimes it gets it spectacularly wrong: for example, arcade games were never designed by aliens to find gifted spacecraft pilots like in The Last Starfighter. However, there are times when they get things surprisingly accurate.

That’s why I’ve compiled a list of some of the futuristic movie technology that we either have available today or could see realised in our lifetime. Aliens live among us… At least they do in the world of Men in Black. This secret agency’s mission involves monitoring extraterrestrial activity on Earth. Decked out in the signature smart black suit and dark Ray-Bans, Will Smith certainly does make secret agents look good. But how do these nameless authority figures keep the little green men from Mars hidden from the rest of society?

The members of the MIB have a handy piece of tech that takes care of this for them: the neuralyzer. The neuralyzer is the trademark technology of the Men in Black. It is a silver tube with a red light. When you look into the red light a bright burst of light will flash, and your memories are erased in an instant.

As nice as it would be to selectively erase other people’s memories for your own advantage (like your partner’s when you forget an anniversary), there is a very real demand for the ability to erase one’s own memories. Victims of trauma or addiction, who wish to stop being haunted by the past could benefit from having their memories blocked or erased. Their hopes may be realised through the creation of memory erasing technology.

Just like the flash of light from the neuralyser, scientists have managed to erase memories in mice using optogenetics (observing and controlling nerve activity with light). In the study, nerve cells in the mice were able to be switched off using optical lasers, resulting in the memories of the mice being erased, but also able to be “reactived” as well. You can find out all about this study in this TED talk on the iiNet Freezone.

Many different methods of memory erasure are being played with, including drug induced amnesia, though none have been perfected. Still, I have to give props to Men in Black for their prediction of light induced memory erase technology.

The Hitchhikers Guide to the Galaxy (Available on iiNet TV with Fetch): Universal Translator One of my favourite books turned favourite movies: The Hitchhiker’s Guide to the Galaxy is a hilariously shrewd sci-fi comedy full of tongue in cheek commentary about the evolving trends in society. When ordinary Arthur Dent finds himself hurled into a space adventure he is exposed to all kinds of weird alien life forms and some great futuristic tech.

The world of Hitchhiker’s is pretty advanced, with artificial intelligence like Marvin the Paranoid Android (whose planet-sized brain has left him depressed and bored), spaceships and doors programmed to have a cheerful and sunny disposition (although as any good hitchhiker knows, a towel is about the most massively useful thing you can have).

Though we haven’t yet invented an Infinite Improbability Drive to allow us to pass through every conceivable point in every conceivable universe almost simultaneously, we are developing technology that could eventually work like the Babelfish.

The Babelfish is a leechlike fish that translates any language for you in your head (it’s also probably the oddest thing in the universe). If the name “Babelfish” sounds familiar, it’s probably because you’ve used one of the language translators on the web which derived their name from the Hitchiker’s story. But we’ve managed to go one step even further than that.

The Google Translate app is an incredibly intelligent innovation that can translate text by pointing a camera at it, and even offers real-time voice translation. The app boasts an impressive 27 languages to translate between. As the technology continues to advance, maybe we’ll even be able to translate well enough to talk to the animals. Then we will understand the dolphins when they say “So long and thanks for all the fish”. If you’ve been keeping up to date on iiNet articles, you may have realised that I am a bit of a Star Wars geek. There is so much to love about the films: The world of Star Wars is certainly an exciting one. I wrote all about how technology can make you feel like a Jedi in a previous article, but today I’m going to look at a technology creation that was inspired by the film.

The coolest way to glide around the galaxy is on a Speeder bike, or “Hover bike”. As the name suggests these bikes emphasize speed, and although it may not be the safest mode of transport, as our hero Han Solo points out: “Safety ain’t the point of a joyride”.

This amazing tech does not just bring the concept to life, but the actual design is strikingly similar to the hover bikes in Star Wars. And the first users to take advantage of it? The military.

They argue that hover bikes would be incredibly useful in search-and-rescue missions or for deliveries to areas too small for a full helicopter to arrive. That’s why the work being undertaken by Malloy Aeronautics, who had aimed to produce the world’s first hover bikes, piqued their interest. The Army Research Laboratory began funding the technology and it is expected that the military will be using the bikes in just 3-5 years.

Know any examples we missed of science fiction technology from the movies that has been made a reality? Let us know in the comments below.