Technology in the Home 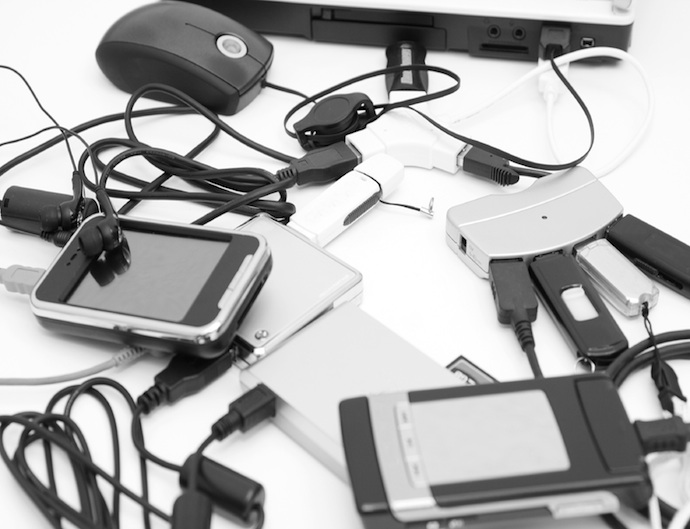 As part of an ongoing series on accessible and everyday technology, we asked Steve Dalby, iiNet’s Chief Regulatory Officer, to give us his thoughts on the evolving presence of tech in our daily lives.

The world is changing around us, influenced by the most incredible technological advances since the industrial revolution – and it’s changing us demographically as well. Not only do we have to deal with ‘Boomers’, ‘Gen X’ and ‘Digital Natives’ – now we have to recognise the influence of the ‘Born Mobile’.

I know that change isn’t easy for everyone. Some see it as stimulating and challenging. Others see it as simply challenging, sometimes getting in the way of what they really want to do.

We also know change will continue to happen, regardless of our attitude to it, so removing sources of stress or introducing aids to manage that change can be helpful.  One of the things that seem to create stress is the constantly changing domestic tech scene.

There’s a steady stream of new devices that regularly need to be integrated with something else in the house. For example:

It got me thinking about what I’d like to see at home, which could be useful and also reduce a bit of stress when my family is confronted with new technology.

One of the continuing trends of the last ten years has been implacable convergence, like the ‘smart’ phone, which is now a camera, a TV, a computer, a GPS, a music and video library and a game console. That’s pretty cool really – but home networks really haven’t developed in line with that ‘smart’ phone.

Added to the complexity of the home front, the convergence of devices and our desire to take it ‘all’ with us is another dimension – mobility (Yeah, the ‘Born Mobile’ make an entrance). Some in-car systems now readily and automatically connect to our smartphones and it won’t be too long before this is a standard feature. Our mobility, then, extends to multiple technical environments – at home, in-transit, in our workplaces and beyond!

I know a few people, who drive their car and arrive at their destination only to sit there with the engine running while they finish a phone call or listening to something on the radio.  We’re ‘sort-of’ mobile, but it’s not really seamless, is it?

For me I’d like to be able to, say, open a link to something like an interview or news item on my laptop in the office, then – if I want to leave, continue to listen to that same interview on my phone. Hop in the car, have it switch to the car’s speakers, then when I get home and out of the car, continue to play via my phone until I get into the house where it starts to play on my home system.

Then, of course there’s the question of cost. Some of these ‘wants’ aren’t without cost – but surely some aspects of running costs ought to be able to be reduced with technology. We have all this so-called ‘smart’ equipment – how do I use them to save me money?

In the household described above, we have costs associated with telephone lines, internet access, subscription telly, security monitoring and other costs – all of which are on the rise.

There seem to be costs going up (petrol, monitored alarms, electricity) and costs going down (telecommunications, consumer electronics) – can I leverage that please?

When I think a little more on it, trying to put myself in my wife’s (a late adopter) shoes, there’s a reasonably long wish-list for what I’d like to see in the home. Something like – a platform that does more than one thing. Something that lets me chuck out a few of the gadgets around the place. I want the functionality, I just don’t want multiple devices that have to be set up all the time.

Can I extend that to gather more information about the house? How much power it’s using, for example. Of the appliances I have, which have gobbled up the most power? Will turning off the fish tank make any difference? How can I manage what I can’t measure?

I want to able to take control, without having to stand over everything, all the time.  I need some automation, but I don’t want too much work to set it up.

We’ve all got so-called ‘smart’ phones in the house. They’re good but I wouldn’t say smart. There is no sign of actual intelligence, they just dumbly do what I tell them. How about making the phone behave a bit more intelligently – active rather than passive.  How can I get these ‘smart’ devices to talk to each other and make my life easier, not more complicated?

As a simple example – why can’t my phone tell the garage door to open without any prompting? It has GPS and knows where it is and where my house is. It knows I’ve been getting steadily closer to home over the last five minutes. When I’m in the driveway, it can see my home Wi-Fi network, so can’t it ‘connect-the-dots’ somehow and do a simple thing like signal the garage door by itself?

It knows the time too – and sunset and sunrise for this location. Can we get it to switch the porch light on and unlock the front door, if the sun has gone down? It knows the temperature – what about making a decision about switching the air-con on when I’m 5km away and heading home?

Maybe I will want to control things myself – from a distance. If it looks like rain, I might decide to switch my garden reticulation system off, without having to brave the wolf spider that lives in the control box.

Perhaps a camera with remote access to the back yard would be good. I’m sure those kids coming over the fence to retrieve their cricket balls are pinching my veggies. If I could fast forward through a couple of hours of video, from a cunningly concealed camera, I might be able to catch them red-handed.

I have access to a number of networks, including the one in the house – I’d really like the ability to add the ‘smarts’ in my phone, to the ‘smarts’ in my house, using good quality information and exploit that combination via an ‘anywhere’ network access that allows me to start moving towards the ‘anything, anywhere, anytime’ vision of the modern ‘internet of things’ I’ve heard about.

Now, wouldn’t that be something?