How technology is improving the sporting game 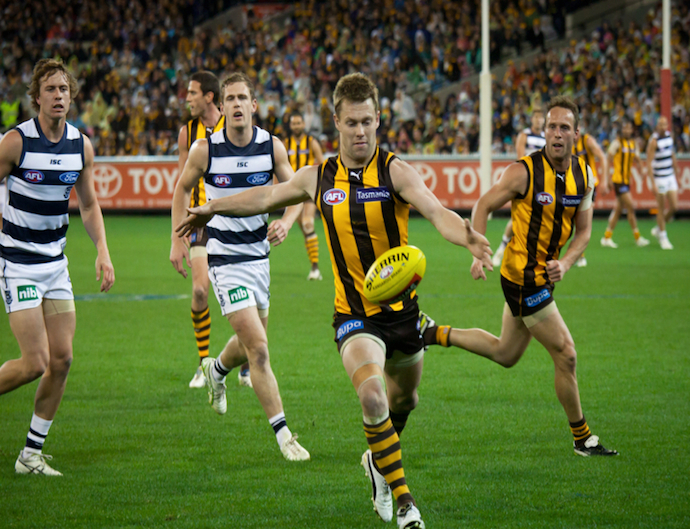 There’s no doubt that improvements in technology impact most people’s everyday lives – from smartphones and tablets, to cars and kitchen appliances.

But what about sport? Have technologies in sport helped to improve the game over recent years? Here we will look at five technologies that have changed sport for the fans, the players, the broadcasters, and the officiating staff.

Spider Cam has been introduced to a number of sports, such as cricket, soccer, rugby league and rugby union. It has been used at events such as the 2011 Rugby World Cup in New Zealand, in test match cricket at The Gabba during the 2012 South African tour of Australia, and in Channel Nine’s 2013 Rugby League coverage.

The Spider Cam is a video camera that can move both horizontally and vertically over the pitch, using a cable pulley system. The Spider Cam has a pilot that moves the camera to provide different views of the pitch, the players, the officiating staff and the fans.

While the Spider Cam is mostly used to provide fans a better view, is can also be used in officiating decisions. Whether it has ‘improved’ the game is subjective. It has faced some criticism from fans who don’t like the ‘swooping’ effect the camera produces, and from players who say the camera’s movement distracts them from the game.

Utilised most notably in AFL and in English soccer’s Premier League, there are various types of Goal Line Technology used in sports today. Goal Line Technology can incorporate the use of a video review system, where a score reviewer sits in the umpires’ box watching live video footage of the match. When called upon by the officiating staff on the ground, the score reviewer can look over the footage again and determine whether or not to call the goal.

Hawk-eye can also be used in Goal Line Technology. Hawk-eye is well-known for its use in tennis and cricket, however, it can also be used to determine whether the ball crossed the goal line in sports such as soccer. Both of these technologies have helped to improve the calling of decisions, helping officiating staff make more accurate decisions on goals.

Using cameras and specially-designed ball-tracking technology, Hawk-eye can accurately pinpoint the position of a ball. This is used in tennis at over 60 events across the tennis calendar including Wimbledon, the Australian Open, and the US Open, helping umpires to determine whether the ball is ‘in’ or ‘out’. It not only helps with officiating decisions, it can also bring fans closer to the action, showing them exactly what is going on.

Hawk-eye is also used widely in cricket as part of its DRS (decision review system), utilising up to seven cameras to track the ball from different angles and then creating a 3D image. Used in everything from Twenty20 matches to the Ashes, it is relied upon by umpires to make various calls, such as the LBW (leg before wicket) ruling. Hawk-eye is also used to display wagon wheels, despin, pitch maps, beehives, ball speeds, and reaction time.

Technology in sport not only helps to improve officiating decisions and provide different views on the game for fans, it can also help to improve player performance. Data collection is now widespread across sporting codes, helping to monitor athletes as they train, working out ways they can improve.

In sports such as AFL, players wear a GPS unit while training, which measures how far they run, how fast they are travelling, and their acceleration and deceleration patterns. Analysts and coaches review that data, along with player questionnaires, to determine how they can help each player improve. Nikki Smart performance analyst at Hawthorn Football Club gave an insight into how this data can help both players and coaches in “Number crunching to improve sporting performance”.

Have you noticed any other use of technology in sport? Do you think it’s changed the way games are played? Let us know in the comments below.