The latest going on in games 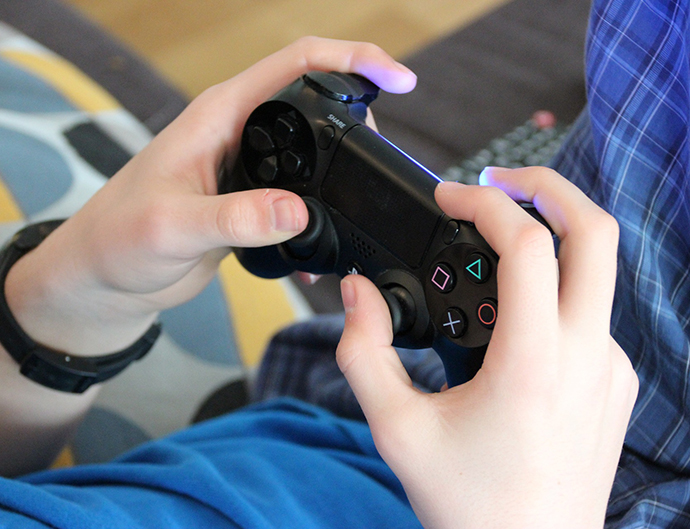 Not to sound like a hipster, but I believe I truly did love gaming “before it was cool”. My older brother is 8 years older than me and a total tech-head, so as soon as I could toddle around after him, I was watching him kick some serious boss butt on his Super Nintendo and play around on his pixellated DOS computer.

I grew up on Super Mario World, Zelda, Doom, and Monkey Island (though my parents made sure our PC still had some educational games like Super Munchers and Amy’s Fun-2-3 Adventure). Videogames were my escape from the real world, which wasn’t always kind, into one where I was always the hero, successful and celebrated (and I can still beat anybody at a game of Doctor Mario – highest level, highest speed!).

Back in the early 90s, the other little girls had zero interest in video games, which were seen as a boys-only activity. My fevered ravings in primary school over the a-maz-ing plot of Chrono Trigger were usually met with blank stares and ignored in favour of more pressing topics, like the cuteness of Aaron Carter and nappy soiling capabilities of Baby Born.

So imagine my surprise at recent Supanova and Comic-Con conventions where girls of all ages were dressing up as video game characters and poring over the latest game guides. Game consoles and controllers were being produced in the colour pink! By 2010, females made up at least half of the gaming population. There’s never been a more exciting time to be a girl gamer. Or any kind of gamer, really: graphics are better than they’ve ever been and there’s lots of awesome games to look forward to in 2016. Here are just a few.

Can you believe it’s already been 20 years since the launch of those iconic games Pokemon Red and Pokemon Blue? Those original Gameboy titles spawned a massive franchise with a cartoon, card game and a multitude of merchandise from Pokemon plushies to that Pokedex toy that every kid had, but was actually kinda disappointing. Pokemon is one of the most lucrative video game franchises of all time, second only to the Mario franchise. To celebrate their 20 years of monumental success, a new generation of Pokemon games is being released, starting with Pokemon Sun and Pokemon Moon.

The latest generation Pokemon games, X and Y, were absolute game-changers for me. The graphics were incredible, the addition of the roller skates was genius and my favourite element of the game: customisable outfits and hairstyles for your character! I was so blown away by how far Pokemon had come that the same day Pokemon Sun and Pokemon Moon became available for pre-order at EB Games, I immediately put some cash down for it, hoping they would be equally as epic.

We don’t know too much about Sun and Moon yet, except that there will likely be a new trio of starters and a new region to explore. Though excitement levels are already high, at the moment it seems unlikely we’ll see these games released before October – which just happens to be the month of my birthday! (Hint, hint to anyone who wants to pay off my pre-order).

Who doesn’t love a good RPG? Especially one that has already established success with 3 great games (albeit some of the most difficult). Medieval fantasy is always a winning genre for video games, and the Souls series have done an awesome job with it, with great graphics, character design and a focus on highly detailed combat. Oh and let’s not forget a currency of souls from your felled enemies!

As I mentioned earlier, I love being able to customise my character, and previous Souls series games start with character creation. In Dark Souls 2 it was impressively detailed, allowing players to choose their gender, class and customise their appearance. If Dark Souls 3 builds on the character creation further, I’m going to be a very happy gamer.

When something’s not broken, don’t fix it – that seems to be the attitude taken towards this game, with creator Hideki Miyazaki explaining that Dark Souls 3 will be about the same size and will have a similar gameplay design as its predecessor, but with more depth and complexity.

The challenging nature of the Souls series is one of its most celebrated features, as it masters being a difficult game, without making it feel cheap. You can’t just rely on a high level to protect you from harm. My only hope is that it won’t be too difficult, or there may be some collateral damage, like a smashed keyboard, from my inevitable rage quit.

No Man’s Sky – PC and Playstation 4 Most gamers have at least dabbled in one MMORPG (massively multiplayer online role-playing game). It’s hard not to get hooked once you start; they’re addictive by design with micro-rewards for repetitive tasks and enormous open worlds you want to explore every inch of.

If you love open worlds offering hours of exploration, No Man’s Sky is going to blow your mind. The developers didn’t just make a world to explore – they made a whole universe, complete with functioning star systems. The open universe is vast, with approximately 18.4 quintillion planets, and players have been told that even though they’ll be sharing the same universe, due to its immense size, it’s highly unlikely they’ll will ever come across another player.

There’s no tedious levelling system in No Man’s Sky, just upgrades for your armour, weapons and ship to help you better survive in harsh alien terrain. As you explore new planets in your spaceship, you go about learning alien languages, so you can barter with the different extra-terrestrial creatures for superior materials for upgrades. The overarching goal of the game will be to find the mysterious centre of the galaxy.

From what I’ve seen so far, the universe looks stunning, though I’m going to be honest and admit I don’t love first-person perspective in games, which No Man’s Sky has unfortunately chosen – it gives me bad motion sickness. However, with the rise of VR it is likely first-person perspective is going to become more commonplace, so I guess I’m going to have to suck it up. There will certainly be other amazing features to me to enjoy in a game so detailed that it has its own periodic table of elements and planets with their own unique climates and atmospheres. If a gun is your weapon of choice in the virtual world and you love your games filled with sharp and snappy quips, then Uncharted 4 is the third-person shooter you’ve been waiting for. This is hinted to be the final game in the acclaimed Uncharted series and the last adventure for quick-witted and much beloved protagonist Nathan Drake.

Fans fell in love with the game’s blockbuster-quality dialogue, character development and cinematic sets and have high hopes that Nathan’s long journey through 4 epic games will end with a bang. Lead game designer Robert Cogburn certainly seems committed to doing it justice, explaining that they’ve done everything possible in Uncharted 4 to bring closure to the story.

Shooters aren’t always my cup of tea – that’s always been my younger brother’s vice, who spent a great deal of his teenage lung capacity screaming at his PC screen while playing Call of Duty. However, seeing the breathtaking graphics and packed in motorbike-racing, building-exploding, falling-off-a-cliff action in the trailer, Uncharted 4 certainly has me enticed.

The Legend of Zelda – Wii U Legions of Zelda fans rejoiced to hear of the first original Zelda game to be developed with high definition graphics, which will be available sometime in 2016! The first 3D Zelda game, Zelda: Ocarina of Time, is considered by many to be the best video game of all time thanks to its colourful cast of original creatures and characters, incredible and unforgettable orchestral soundtrack and beautiful open world of rolling green hills, dusty deserts and crystal blue lakes and waterfalls.

So expectations were set high when Nintendo announced the nineteenth instalment in The Legend of Zelda series to be released on Wii U. In the trailer for this new game, we hear that the franchise is going back to its original roots of being based around the theme of free exploration, and I think that’s something that recent Zelda games have been struggling to capture. Gamers want to explore, they want to discover secrets and enemies and rewards for themselves, and they don’t need a Navi or a Midna to tell them the way.

If this new Zelda game manages to succeed in this task of bringing back that feeling of discovering a world, it could surpass even the high critical acclaim of Ocarina of Time. If not, it could cause fans to start to lose faith in the franchise. I have my breath held and my fingers crossed that this game is a winner and absolutely knocks it out of the park.

Got a game you’re looking forward to that we missed? Let us know in the comments below.