The Most Successful Crowd-Funded Campaigns 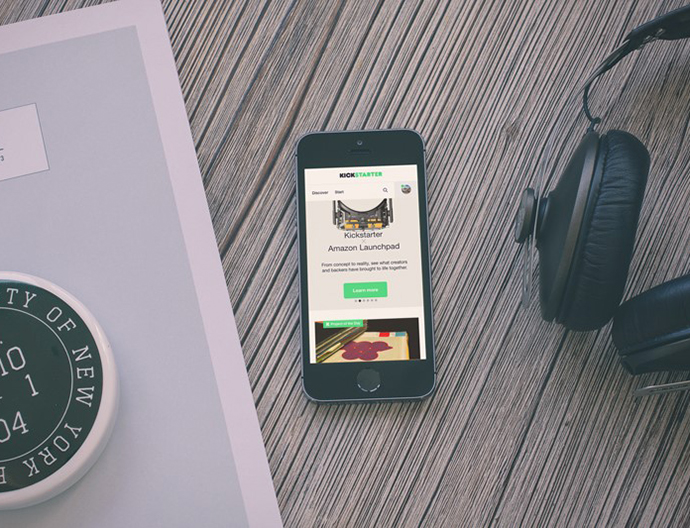 At iiNet, we believe everyone has limitless potential. The incredible advancements in technology, particularly the Internet, have opened up opportunities for us to truly reach that potential. What was once impossible is now within reach, if you’re willing to take the risk.

One of the greatest examples of this is online crowd-funding. Crowd-funding websites like Kickstarter and Indiegogo are helping to make people’s dreams a reality – whether that dream is to start a technological revolution or simply make a potato salad. The websites provide a platform for people to put out their ideas, and if others believe in those ideas, they can fund them to help bring them to life.

Through crowd-funding, the best and most popular ideas can be directly supported by the potential customer base. The creator estimates a cost per person required to make and ship the product and the backers put in that amount of money and receive the product when it’s made. That is the ideal situation, although just like any other type of investment, there are risks involved with crowd funding.

Despite putting in the requested amount of money (or more), backers may receive a product of lower quality than they expected or worse, no product at all. There is always a degree of risk when investing in a product which does not yet exist. Yet, for the few failures that have occurred, there are some major success stories. Here are a few of our favourite. One could argue that the Oculus Rift kick started the whole virtual reality (VR) movement, which is ironic because it started out as a project on website Kickstarter. It’s hard to believe the same company that was bought by social networking giant Facebook for a whopping $2 billion had such humble beginnings.

At just 17 years old, Palmer Luckey had built the prototype of the first Oculus in his parent’s garage, tinkering with parts he had extracted from the few expensive, heavy, low-resolution VR headsets he had collected. For less than $300USD he managed to create a headset that was lighter and far more advanced than any existing headsets and its low production cost meant it could be viable as a mainstream product.

Excited about his breakthrough, Luckey began reporting on his work to a gaming message board, where it was seen by the legendary programmer behind the game Doom, John Carmack. Carmack asked to buy a prototype and Luckey generously sent him one for free. This generosity paid off in spades when Carmack took the device to gaming convention E3 with a repurposed version of the game Doom 3 for a demonstration. The demo built up a huge amount of excitement for the Oculus Rift. Palmer struck while the iron was hot, dropping out of his college journalism degree, putting together a team and building his company.

The company created a Kickstarter with a campaign goal of $250k – a goal which was exceeded within the first 24 hours when they had raised $670k from 2.7k backers. By day 3 they broke the million dollar mark and went on to raise over $2 million. In just 601 days from the day the Kickstarter began, Facebook acquired the company for a cool $2 billion – that is a very short time to go from a teenager tinkering with machines in your parent’s garage to one of America’s richest entrepreneurs!  Luckey is continuing to work on the Oculus post-acquisition. 3D Printing is one of the most exciting tech movements at the moment. 3D printers are able to produce some amazing things, but they’re not exactly the most portable devices. Shrink a 3D printer right down into the shape of a pen and you have the 3Doodler: a 3D printing pen you can use to create 3D artwork. The nifty piece of tech was an unexpected hit when it launched on Kickstarter in 2013.

Small toy Company WobbleWorks formed 2 years prior to launching their successful Kickstarter campaign for 3Doodler. Founders Maxwell Bogue and Peter Dilworth came up with the ingenious concept while watching their 3D printer printing out toy prototypes. The printer would occasionally make a mistake, leaving a gap in its prints, which meant the whole thing would need be printed again. Bogue and Dilworth needed a way to fill in those gaps without having to do a full re-print – from that need, an idea was born. The idea: a pen that could heat plastic “ink” and use it to draw in mid-air. The plastic would cool instantly to create a solid 3D structure.

With a prototype in hand, they took to the Internet with a Kickstarter goal of raising $30k. They met their target in just a matter of hours and raised over a million dollars in total for the campaign. Seeing their product’s success, WobbleWorks continued working to improve the design and started another Kickstarter campaign 2 years later for the new 3Doodler 2.0. Once again they set a $30k goal and this time it was smashed within mere minutes. They raised over a million dollars for their reinvented model, making it the first piece of hardware on Kickstarter to raise $1 million twice. The company was even nice enough to offer a 50% discount on version 2.0 to their original backers. Well before Apple Watch, the original smart watch was Pebble. Riding his bike each day, Eric Migicovsky thought about how convenient it would be if his wristwatch could take calls while he was cycling. Using parts extracted from a Nokia 3310 he built a prototype of a “smart” wristwatch. He formed a small team that put together a few trials and raised a relatively small amount of funding through a Y Combinator investment, but it wasn’t enough.

That’s when they took their latest model Pebble to Kickstarter where it not only smashed its goal of $100k in 2 hours, but gained a whopping $1 million in only 28 hours. In a couple of days it had blown up to $11 million in funding from over 50k backers, becoming the most-funded Kickstarter at the time. People were excited by the sleek wearable device which could connect to both Android and iOS phones, ran useful apps and had cool customisable features.

It was perhaps a little too popular and became a victim of its own success, suffering a few production hiccups and trouble meeting shipping deadlines to their unprecedented number of backers. Still, the company managed to sell over a million watches and start a few more successful Kickstarters for subsequent models of watches. Though interest in smart watches is starting to cool off a bit and competition is rising, Pebble is still chugging along and is hopeful for the future and Migicovsky says he’s in it for the long haul. You may have come across this game at a party, or perhaps you’ve seen grandmothers play it on YouTube, but before this crude little card game became a household name, it started out as a small Kickstarter campaign. Given the great success and cult following of the game, it may surprise you to learn this wasn’t started by a savvy businessman – it was 8 friends from Chicago who grew up together from primary school and shared a wicked sense of humour.

Hanging out, the gang liked to play board and card games, and sometimes even make up their own. They introduced Card Against Humanity (then called “Cardenfreude”, a play on the German word schadenfreude) to a New Year’s Eve party in 2008, where it was so adored by their guests that many asked for their own copies. The group obliged, printing off a few copies from their parent’s home printers and word quickly spread about this hysterical party game. More people began asking for copies and it was then the group realised that the game might be a viable product. They put together a Kickstarter with a goal of $4k to fund boxed versions of their “party game for horrible people”.

It didn’t reach its goal as quickly as some of the other campaigns in this article, meeting the target after 2 weeks, but when the campaign had concluded a month later it had raised over $15k – more than tripling its initial goal. The campaign was a great success and people loved the game that was incredibly simple to learn and outrageously funny. By the year 2013, the game had generated an estimated $12 million in revenue and the company is still cruising along today and making new cards – though they don’t like to think of themselves as a company in the traditional profit-making-machine sense. The group has stuck to their morals and have always been more interested in having people play and love the game than turning a profit, which is why they offer a free, printable version of the game on their website.

Have you ever backed a crowd funded campaign? Let us know in the comments below.