The Social Media Movements that Changed the World 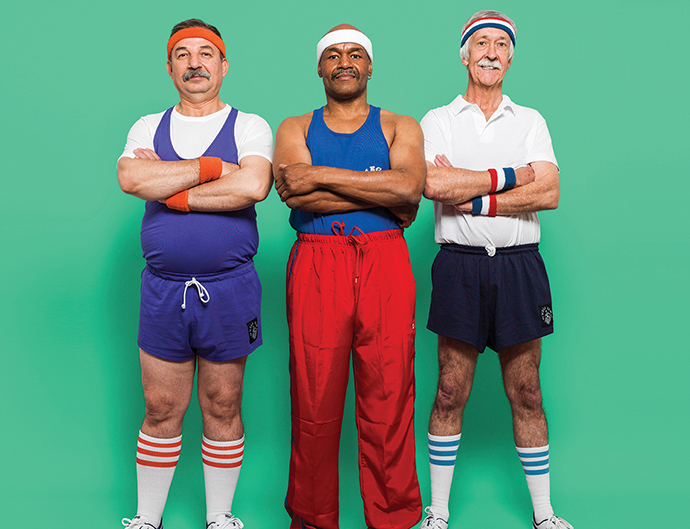 Social media can be a bit of a controversial topic. For some, social media is a great way of staying connected with their friends and family and sharing happy moments in their life, for others, social media seems like a dangerous place. My father frequently declares to me that things were better back in his day, before social media.

Working in social media shows you every side: the good, the bad and the ugly. But for any negatives there are amazing positives that simply weren’t achievable before social media allowed us to share thoughts and ideas instantly, spreading ideas further and wider than we ever could’ve imagined. Unless you spent the year 2014 living under a rock, you probably saw a few people participate in the ALS Ice Bucket Challenge, and may have even dumped the icy water bucket on your own head. As far as online challenges go, the Ice Bucket Challenge had virtually no barriers to entry, making it easy enough for anyone to join in and get involved for a good cause.

Initially the challenge was not associated with ALS – when it started, people dumped the bucket of ice and water on their head, posted a video of it to social media and donated money to a charity of their choosing. After a few people selected the ALS association for the Ice Bucket Challenge, a not-for-profit group fighting Lou Gehrig’s Disease (or “ALS”), the two became linked and the challenge began focusing on raising awareness of the disease as well as funds. Hundreds of celebrities got involved, posting videos to social media of their own ice bucket challenges and the movement gathered a lot of attention and press. The ALS Association went on to receive a staggering $100 million in donations from the challenge.

One of the coolest things about the ALS Ice Bucket Challenge is the research it helped to fund. The funds raised from the Ice Bucket Challenge funded 6 research projects, including Project MinE: the largest-ever study of inherited ALS. The researchers in this project announced they had discovered a new gene associated with the disease called NEK1. Though the study was focussing on inherited ALS, it is believed the NEK1 gene could be involved in both inherited and non-hereditary cases of ALS. Have you noticed there are a few more bushy faces around November each year? That’s because of the huge and ongoing success of the Movember campaign, which aims to raise awareness of men’s health issues. The main focuses of the Movember campaign are to raise awareness and funding for: prostate cancer, which is the most common cancer diagnosed in men; testicular cancer, the second most diagnosed cancer in men; and suicide prevention, with one man dying each minute from suicide.

It all started in 2003 as a joke between two Melbourne friends to bring the moustache, or “Mo”, back in style. While trying to talk their friends into growing a mo, they found out one of their friend’s mothers was fundraising for breast cancer. This inspired them to turn their idea into a real fundraising campaign, focussing on men’s health. They managed to find 30 men to take up the challenge: starting clean shaven on November 1st, grow out your moustache for the 30 days of Movember and raise funds for charity. The first 30 men met the challenge with such enthusiasm, they decided to formalise the concept and register a company: the Movember Foundation.

Though Facebook and Twitter didn’t take off for a few more years, social media is what really helped Movember to grow and continue to maintain support each year. The Movember campaign is grown through word-of-mouth, assisted by digital and social media. I was first introduced to the campaign when a friend of mine uploaded a photo of his sparse, half-grown moustache on Facebook. Among a few cheeky comments asking about the “caterpillar on his lip” was the explanation of Movember.

Sharing photos just like this is a huge part of how the Movember message spread, as well as through hashtags and viral videos. There are millions of social media mentions, such as Tweets and Instagram images, using the hashtag #Movember which have helped contribute to the $730 million in funds raised for men’s health programs since 2003. Social media is all about selfies. The selfies we’re used to seeing, especially on Instagram, are perfectly crafted to be as attractive and flattering as possible. Aided by makeup, filters, great lighting and careful posing, selfies are all about showing off our best side. Seeing all these candid-looking shots of people looking perfect can bring you down after a while, which is why it was so refreshing when people started posting selfies without makeup to raise money for cancer research.

There’s no official organisation behind the #NoMakeupSelfie movement and the origins are quite hazy. Some attribute the trend to young mum Fiona Cunningham who started a Facebook Page, No Make Up Selfie for Cancer Awareness, after losing some of her own family members to the disease. Others believe the movement was started by author Laura Lippman when she posted a selfie without makeup in support of actress Kim Novak, who received a lot of nasty feedback over her appearance.

Regardless of where it started, Cancer Research UK noticed some these fresh-faced photos popping up on social media raising awareness for cancer research. They received messages asking if they were behind the movement. They weren’t, but they decided to jump on the bandwagon tweeting a picture of their science information officer Kat wearing no makeup and holding a sign that read: “We love your #nomakeupselfie! If you want to help #beatcancersooner, text BEAT to 70099 to donate £3”.

They received £1 million in just 24 hours of posting and went on to raise £8 million, which they announced would be spent on 10 clinical trials. Though no one is quite sure what selfies have to do with cancer research, the campaign was easy to get on board with, it was easy to make donations, people enjoyed the concept and it raised a lot of money for an important cause – it’s hard to argue with those results!

Have you participated in a social media campaign that we missed? Let us know in the comments below.