The world without the Internet is a scary place 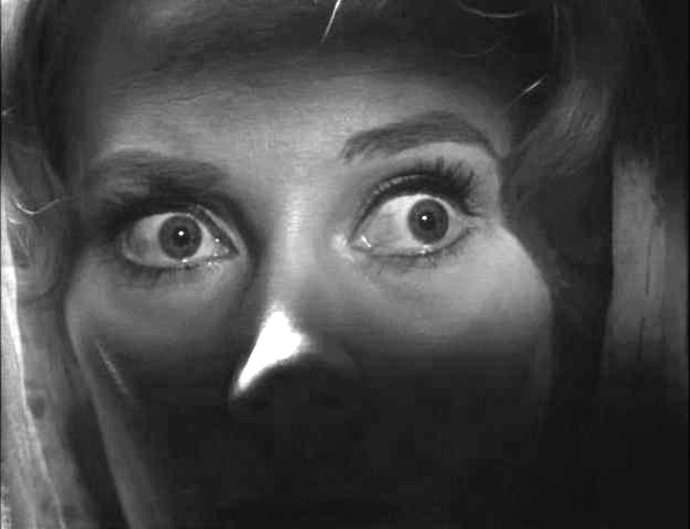 What scares you the most; sharks, snakes, heights? Not me. I’d wrap a snake around my neck and take a flying leap off the highest diving board into a pool full of sharks before I faced my worst fear: losing the Internet forever!

That might sound crazy coming from someone who was alive before the Internet really took off: surely life wasn’t all that bad? The sun was still shining, people still had food and water and no one had to worry about being tagged in an embarrassing photo at the Christmas party.

It wasn’t so much that life before the Internet was particularly scary. However, as the World Wide Web became so deeply woven into society and our everyday lives, it became part of our lifeblood. More than a collection of cables and some satellites, the Internet has almost become a virtual life form in itself, and we are now so dependent on it, that its sudden disappearance would surely lead to widespread chaos and anarchy.

Let’s have a look at some of the ways life would be a struggle without the Internet. The Internet has made so many things instantaneous, I imagine Google alone has probably saved years of people’s time. I love that whenever there is something I don’t know, there is a clever little machine in my pocket that can give me an answer straight away. If I had to hunt down the family dictionary every time someone said a word I hadn’t heard before, or make a trek to the library and find the specific alphabetical volume of Atlas to learn more about certain subject, I’d end up pulling all my hair out.

And yet, that’s exactly what I used to do. In primary school, when we had an assignment, it was off to the library, navigating the Dewey Decimal System to find the collection of books loosely related to the subject. And even after reading all 500 pages of a book, you’d only end up with 2 sentences of relevant information. I never would’ve survived my university days of 2 or more assignments a week without the aid of free online journals. Sure, I managed to endure it before, but, like a bad ex, there are just some things you can never go back to!

As a 9-to-5 worker, I rely heavily on the Internet to complete those daily tasks that are difficult or time consuming outside of office hours. Paying my car registration, banking, even shopping for gifts is just so much quicker and easier with the Internet. If there’s an online way to do something, that’s the only way I want to do it! If the Internet ceased to exist tomorrow, it would rip the guts out of economic activity. Companies whose entire business relies on the Internet, such as Google and Facebook, would be brought to a grinding halt and their stocks would plummet, causing widespread panic in the financial markets. In Australia alone, 94% of small businesses required a connection to conduct their work, according to a 2014 report by the Australian Communications and Media Authority.

To add to our financial woes, without the Internet the banking system would fail, and banks would most likely restrict access to account holders and close their doors, meaning no one would be able to withdraw money. With the systems that were in place for ordering food down, stocks will deplete and may not be replenished. With no access to their money and diminishing food supplies, people are likely to turn nasty and crime rates would soar.

Eventually, we should be able to reinvent the systems we relied on to an offline model, but it would take a long time, and society would be in complete disarray in the interim. I can guarantee it’s happened at least once in your life: you’re working on something really important. You’re so focused and “in the zone” you can’t possibly take your eyes off your work for even a second to do something as totally tedious as saving it… Cue sudden power outage! Your magnum opus is now lost forever, gone with the wind, and not a trace of its existence remains (unless you’re lucky enough to have it AutoSaved).

The feeling of losing work you have spent hours on is not fun. Even worse is trying to explain to your boss, tutor or teacher why you missed a deadline while the look in their eyes makes you feel like you’ve just spun the old “dog ate my homework” rhetoric. Now multiply this feeling by a billion, and you’ll get close to understanding the pain of losing all of the information on the Internet.

Webpages that acted as the only storage space for certain information would disappear, and all of that data along with it. Even if that information is available somewhere else buried deep in the dark depths of some library, it won’t be in one central location you can find at the click of a button. And although it may seem like a small deal to some, I need to know what other movies that actress is in (she looks so familiar!) and what is ratio of water I need to cook rice again? The world without Internet is a much lonelier and isolating place. How many people would you have lost from your life forever if it wasn’t for the Internet? I know for myself, that I have managed to re-connect with old neighbours, primary school friends and relatives overseas thanks to social media and the wonderful connecting power of the Internet. Sure, we’d still have telephones, but short of hiring a private investigator (who, even then, would have their work cut out for them!), you would no longer have a way to find people you lost contact with.

Surveys have shown that people feel lonelier without the Internet. Without the social networking, emails and instant messaging we have become accustomed to, life can feel quite lonesome. One of my favourite things about the Internet is that, even if no one in your “real life” has the same interests or personality type as you, there is someone, if not entire groups of people, you can find online that do. Websites like meetup.com make it easy to find other people close to you who have the same interests and hobbies.

Without the Internet, dating would also be more difficult. A study by the University of Chicago found that one third of married couples surveyed met online. And it makes a lot of sense to me. Finding the right person for you is way harder than Disney makes it out to be: most of us don’t just randomly trip over the love of our life in the street. Online dating allows you to tell prospective partners exactly what you are looking for and thus attract people who want the same things as you.

Now for the good news The Internet is robust and reliable. It’s vast, made up of cables that span the entire globe, so there’s unlikely to be an event that could switch off the entire Internet. The Internet is not just one big ‘thing’: it’s a network of networks. Therefore it would be almost impossible to take down every single part all at once. Even if one large portion was taken out, there would still be enough remaining networks to keep the Internet alive. It’s thought (and hoped!) that the Internet is practically indestructible.

What would you find most difficult about living in a world without the Internet? Let us know in the comments below.