Three drones you can buy now and control with your smartphone 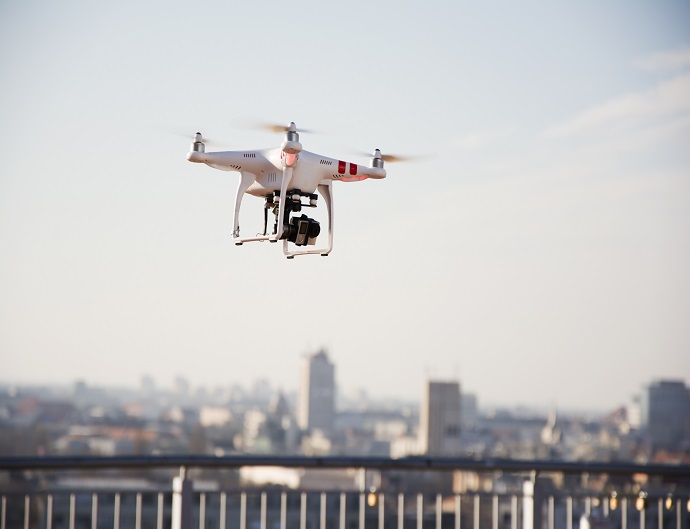 The word drone is no longer just to describe a boring blabbermouth, it’s also the name of the fun new tech taking the world by storm.

The rise of drones as tools of work and play has been cause for a lot of chatter recently. In fact, they’re becoming so popular they’re even tipped to be the number one present under every tree this Christmas.

Owning your own drone is even more enticing now that more models can be controlled via smartphone or tablet. If you’ve been thinking of getting your hands on one: here are three of the finest drones on the market that you can control with your device. The Rolling Spider drone from Parrot is one of the best budget buys. Its range and stature are smaller than other heavier-duty machines, meaning your flights of fantasy are slightly limited. However, its petite frame makes it easier to transport, and it can still snap rudimentary photos for you from above.

This drone also comes with wheels that allow it to function as a remote-controlled car. Android, iOS and Windows Phone users can all take control of the device indoors or outdoors. It stays soaring skyward for up to eight minutes and takes about 90 minutes to fully recharge.

Parrot also boasts a great mid-range drone that you can control with your smartphone. The Bebop comes with a built-in fisheye camera so you don’t have to purchase and attach a separate piece of equipment. Live video from the lens is shown on your Android or iOS device. Your phone or tablet also allows you to make in-flight changes to altitude and alter other key controls. The sleek, stylish drone can stay in the air for 11 minutes with a full battery charge and is suited to flying indoors and outdoors.

Flight of the Phantom DJI’s Phantom series has been one of the most popular drone varieties so far, and regular updates means it’s likely to stay that way. The DJI Phantom 2 is available now, with the Phantom 3 not too far behind.

The Phantom 2 allows you to plan a flight plan on your phone or tablet and will let you grab photos wirelessly once it lands. The drone will stay airborne for a mighty 25 minutes before running out of juice.

While Phantom models aren’t the most expensive drones out there, any of the highest-end options will set your bank account back a bit. Great controllability and clear imagery comes with a price, you know.

iiNet couldn’t resist the drone craze and even stocked up on Shotbox AP10 Drones which you can purchase at the iiOnlineStore.

Which model is your favourite? Let us know in the comments below!

This article is brought to you by the techii team. Whatever the iiNet product or hardware, an iiNet techii can visit your home to offer personalised, end-to-end installation solutions to get your broadband up and running. And we can get your entire home connected, not just your modem.