Our top picks for Fetch this month

Wondering what to watch on your next night in? You’re in luck – Fetch has heaps of awesome content available on over 45 premium channels in the Vibe, Variety, Kids and Knowledge Packs*, plus thousands of great titles to rent or buy in the Movie Store, and the latest shows to buy in the TV Store. Not to mention that with popular streaming apps built into the Fetch Mini or Mighty set top box, it’s easy to access your streaming subscriptions** with a click of your Fetch remote.

To help you decide which movie or series to get stuck into next on your Westnet Fetch service, we’ve rounded up some of Fetch’s most popular picks for your consideration. There’s something for all ages, so let’s dive right in! 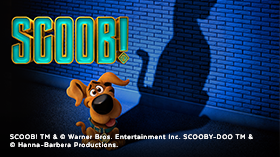 Ever wonder how Scooby and Shaggy first met and joined up with Fred, Velma and Daphne to form the famous Mystery Inc.? Get all the answers in this action-packed adventure. Fast forward to the present with hundreds of solved cases under their belts, the detectives find themselves facing an epic mystery: a plot to unleash the ghost dog Cerberus from the underworld! Will they save the world from a “dogpocalypse”, and what else will they discover along the way? 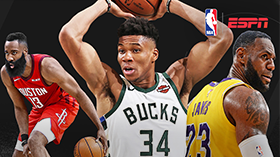 If the sound of sneakers squeaking on a basketball court is music to your ears, then you’re in luck! For your viewing pleasure, catch the National Basketball Association games on ESPN when the season returns on 31 July. Get all of the latest action from restarted 2019-20 season with the hottest teams from American basketball.

ESPN is available in the Vibe Pack on Fetch for $6/month. Select Menu > Manage > Subscriptions to check your subscriptions. 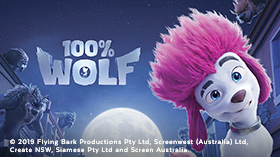 Freddy Lupin is the heir to a proud family of werewolves who’s eagerly awaiting his first transformation on his thirteenth birthday. However, things don’t exactly go as planned when his wolf form turns out to be less ‘wolf’ and more… ‘poodle’. What’s worse, he manages to get himself locked up in the neighbourhood dog pound! Together with his new streetwise friend, Batty, Freddy will have to escape his new prison, contend with a sinister man following his every move, and somehow prove to his family that his pink, fluffy poodle form is still 100% wolf.

The globetrotting adventures of everyone’s favourite blunt, British chef continues in a stunning second season that kicks off in our very own Tasmania. Join Gordon Ramsay as he travels around the world to discover different types of indigenous cuisine and new ingredients. He’ll be joining up with local legends to cook up a fantastic feast for natives in Australia, South Africa, Louisiana, Indonesia, Guyana, India and Norway. It’s a cultural culinary celebration that’s not to be missed! 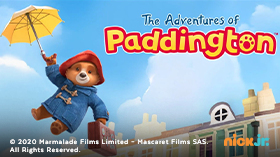 The Adventures of Paddington S1

If you’re looking for a heartwarming show to watch with the kids, look no further. In this brand new CG-animated series, a younger Paddington bear goes on exciting adventures in his London home with the Brown family. Whether it’s trying new things or incidents with their cranky neighbour, Mr. Curry, Paddington writes letters to his Aunt Lucy to tell her all about what he’s discovered. Fans both old and new will love this next instalment of the beloved classic series.

Watch now on Nick Jr. in the Kids Pack on Fetch for $6/month. Select Menu > Manage > Subscriptions to manage your subscriptions. 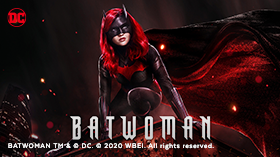 Three years after Batman’s disappearance from Gotham City, criminal gangs are kept at bay by Jacob Kane and his military-grade Crows Private Security. Jacob sent his daughter Kate away from the city for her own protection, but upon her return she’s just as passionate as ever about justice. To protect her family and her city, her only chance is to become the thing her father despises: a dark knight vigilante. However, it’s not easy becoming Gotham’s next symbol of hope. In addition to her family, Kate has some personal demons to contend with before she can truly soar. 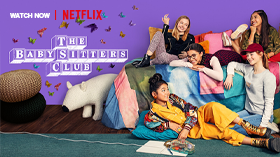 A group of young girls starting a baby-sitting service – what’s the worst that could happen? In this modern reboot of the hit 1990s TV series based on the book series of the same name by Ann M. Martin, Kristy, Mary Anne, Claudia, Stacey and Dawn are just starting up their new business! But there’s already a lot to deal with in junior high without adding babysitting into the mix – just how will the girls manage their new responsibilities on top of figuring out their friends, family and personal identities?

Available now on Netflix**, so you’ll need to get yourself a Netflix subscription and then simply open up the Netflix app on your Fetch box. 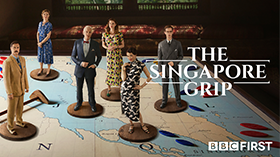 This epic miniseries based on a classic novel of the same name by J. G. Farrell tells the story of a well-to-do British family living in Singapore. It’s the 1940s and life in the British colonies is good for the wealthy Blackett family, who seem worlds away from the troubles in Europe. Indeed, their biggest concern is ensuring the future of their rubber merchant firm now that Mr. Blackett’s business partner, Mr. Webb, is of failing health. A match is made between Joan Blackett and Matthew Webb but it may not be that easy when Matthew seems to become infatuated with Vera Chiang, a mysterious Chinese refugee.

Get Fetch with Westnet today!

What’s your favourite show so far on Fetch? Let us know in the comments.