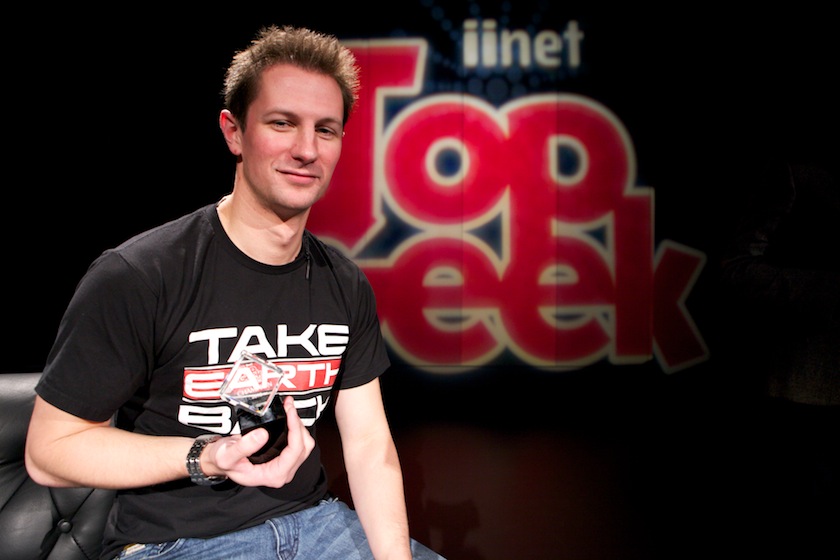 After scooping the TopGeek 2.0 crown, Steve our Gaming Finalist will get to attend E3 in Los Angeles courtesy of iiNet.

Crowds of TopGeek supporters turned up to the State Theatre in Perth for the live final, while in Sydney, East Coast geeks were out in force to watch a live stream of the final from the comfort of Establishment.

The event kicked off with MC and self-confessed geek Lawrence Leung recapping the long journey from over 150 entries to our final six TopGeek 2.0 contenders. Any excuse for a montage!

A geek of all trades

The TopGeek 2.0 finalists had to fight tooth and nail to win points in our quickfire quiz. Finalists could buzz in for any category, which saw some TopGeeks lose out on valuable points on questions in their category. Tough, but TopGeek 2.0 had to be someone who is geekier than the average!

By the end of round one Steve Wright , Rhiannon Davies and Rhys Elsmore were leading with top scores.

Steve , Rhiannon and Rhys battled it out in a final head-to-head quiz but in the end, there could only be one and Steve was the clear winner when the scores were added up.

Steve on being crowned TopGeek 2.0

Steve, a games journalist, said there were so many amazing entries in this year’s contest.

“Everyone should be really proud, I’ve made some really great friends over the last couple of months,” Steve said.

“It’s really hard going up against all these people because you really want to be friends with them and it’s hard to see them not go through to the next round… for a minute or two.”

Check out the highlights from the night

If you missed the event, check out the iiNet Freezone to relive the drama and excitement of TopGeek 2.0!