TV shows hitting the screen in 2018 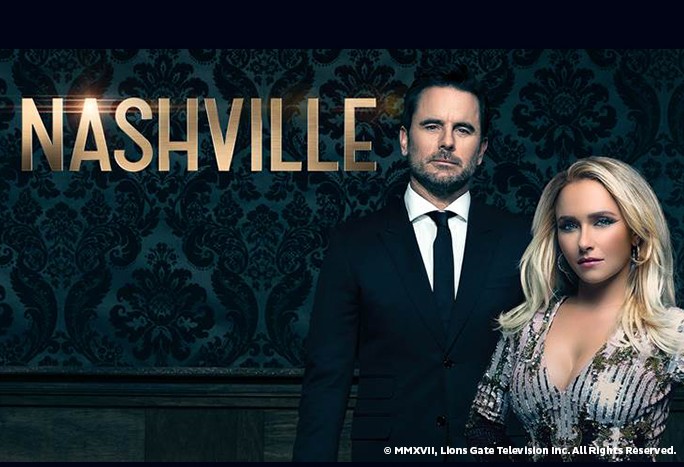 2017 saw a whole lot of TV content we were hooked on. 2018 is set to be no different with a range of new TV shows and long-awaited series returning to our screens in the early months of the year.

Check out the titles below that are set to arrive this year and get ready for some exciting content!

Golden Globes winner for Best Drama Series and Best Actress in a Drama Series, The Handmaids Tale is a must see. The adaptation of Margaret Atwood’s dystopian novel was a hit last year and there will be a number of people stoked to hear that it’s coming back to our screens!

The season 1 finale left us with so many questions, such as where was the van taking Offred and will she ever be reunited with her family or see Moira again? Season 2 follows Offred’s story beyond the source material of the novel and into new territory set to exceed our expectations. A Series of Unfortunate Events season 2

2017 saw the first book hit the screens and it ended with the promise of the second book.

The announcement of season 2 was as quirky as the show itself with a video statement highlighting a URL to visit that then featured a letter to the viewer announcing more episodes to come. The first season covered the first four books in the series over eight episodes, and the next instalment will adapt books five through nine over ten episodes.

It’s not so unfortunate that Neil Patrick Harris will return in this darkly comic interpretation of the well-known Lemony Snicket series as of March 30. This country-music drama has already hit the TV this year. The season 5 finale left us wondering if there will be a Highway 65 record company when the show returns and the season 6 teaser has us guessing what will happen next when Juliette is shown having a meltdown on stage. This season is rumoured to only be 16 episodes long but something tells us it will be action-packed!

Check out the trailer here and find it on Fetch. This series will be new to screens in 2018. Stephen King and J.J. Abrams created this horror series that is set in King’s eerie fictional town, Castle Rock, which is also the setting for his novels The Dead Zone, Doctor Sleep and Revival. The trailer indicates that the series will intertwine numerous characters and themes from King’s work. Two and a half years after the season 4 finale, Luther is finally coming back to our screens! Filming officially commenced on the 10th of Jan, so not long now until we can indulge in this confronting and heart-stopping series.

If you’re yet to check out this show, here’s all you need to know: John Luther, played by Idris Elba, is a volatile London detective who becomes consumed by the shocking crimes he is set to investigate. We’ve been hanging out to find out what Luther has been up to and wondering who we’ll see again? Will Megan return? Or the apparently murdered Alice?

This season is set to be the biggest season so far so be sure to keep an eye out for the release date. This is one for the fans of Marvel’s new Netflix TV series. Jessica Jones is an ex-superhero who now sufferers from PTSD following her traumatic experience with her ex-boyfriend, Kilgrave. According to actress Krysten Ritter, the next instalment of the show will continue to explore these darker themes and Jessica’s troubled past, making the new season “more of an emotional thriller this time”.

Filming for season 2 began alongside the filming of the Defenders series in 2016 and will finally be arriving to Netflix on the 8th of March. Which show are you looking forward to the most in 2018?