What Makes a Great Superhero Movie? 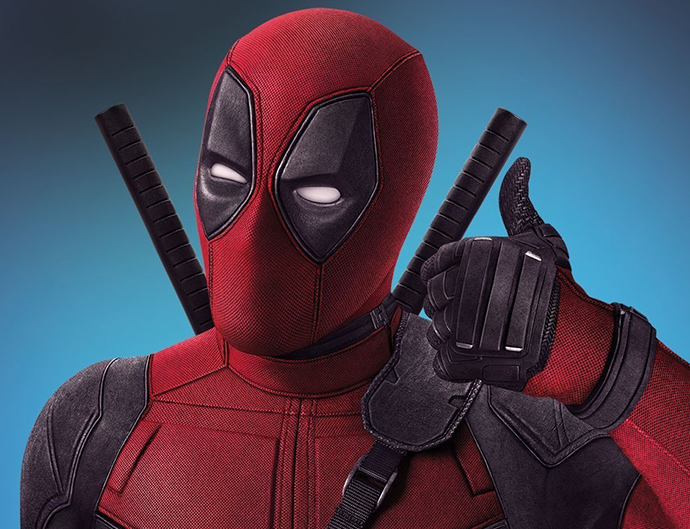 Despite his brutal, brooding portrayal of Batman receiving near-universal praise, with some even touting him as the best Batman of all time, Ben Affleck was left so humiliated after the critic reviews of Batman Vs Superman: Dawn of Justice, he has taken it upon himself to write and direct his own Batman movie.

The recent X-men: Apocalypse also received an underwhelming reception from movie critics and comic book fans alike, while another recent Marvel Entertainment film, Deadpool, was a resounding success, becoming the highest grossing R-rated movie ever released! How does one superhero film by the same motion picture studio perform so well, while another falls short? Let’s take a look at some of the factors that make up a winning superhero movie.

A flawed hero or a likeable villain No, I didn’t write that the wrong way around – as the main characters of the story, both the hero and villain need to shine and make people feel something for them. Despite having super powers, if a hero is too shiny and perfect, they become more difficult for us regular people to identify with. Think about some of the most celebrated movie superheroes: Chris Pratt’s Star-Lord, Hugh Jackman’s Wolverine, Ryan Reynolds’ Deadpool… What do they all have in common? They’re rough around the edges, they’re imperfect, and they’re accessible. They don’t let being superhuman stop them from being, well, human!

Now for the “bad guy”. A truly memorable villain can make an entire movie. So much of the critical acclaim received for The Dark Knight can be attributed to Heath Ledger’s legendary performance as the Joker. There was a lot to like about his portrayal, and therein lies the magic: an unforgettable villain is one that you can’t help but sort-of like. A cookie-cutter villain that is just evil for the sake of being evil is cliché and quickly disappears into obscurity once the movie is over. Do you remember which Superman villain they chose for Man of Steel? I didn’t; I had to Google it just now. General Zod was such a generic villain, I forgot he was even in the movie. Give me the cheeky charm of Tom Hiddleston’s Loki over him any day of the week. Most, if not all, modern superhero movies are based on characters and stories that originated in comic books. Therefore, it’s pretty safe to assume that a huge portion of a superhero movie’s audience will be fans of the original comics. I know directors like to be artsy and give their movies their own personal touch, but to completely ignore a massive portion of your viewers and their expectations is just plain foolish.

Ryan Reynolds may have redeemed his Deadpool in his latest reprise of the character, but the first time he was cast as the “Merc with a Mouth” in the infamous X-men Origins it was a complete disaster: he didn’t even have a mouth! The filmmaker’s decisions to omit the iconic Deadpool costume and turn the wise-cracking character into a muted, brainwashed abomination left fans outraged.  If you’re going to tackle a much beloved story or character, you’ve got to do your research and show the respect it deserves.

Unlike other disappointed moviegoers, I didn’t hate Batman Vs Superman. I absolutely loved Batfleck, and thought the film had good potential. I think it could have been a great success if it wasn’t trying to do so much. An epic battle between two massive D.C heroes could’ve been really exciting – if that was the main focus of the film. Aside from other smaller issues (why is Batman using a gun and killing everyone?) I think the main reason this film suffered is because there was just too much going on – Spoilers ahead!

Instead of the plot focusing on Batman and Superman at odds, they only have really one small battle after being used as pawns by the movie’s main villain, Lex Luthor, who himself is locked in conflicts with government officials while trying to acquire Kryptonite from the ocean. While Luthor is bombing buildings and playing with a Kryptonian scout ship, his weapons trafficker Anatoli Knyazav is kidnapping people on his behalf, Lois Lane is running around solving parts of the puzzle, Batman is discovering the existence of more metahumans and also Wonder Woman appears to help Batman and Superman fight a giant monster (that was a mouthful!). None of these things on their own are bad, but the overall film feels cluttered and consequently suffers from a few plot holes.

It’s better to do one thing well, than try to do a million things just okay. Strip it back and keep it simple: don’t over-complicate with too many main characters or plot lines and people will be on board for the ride. Are there any movie-lovers left out there who still don’t know how Spiderman got his powers? Or the fate of Bruce Wayne’s parents? Or the home-planet of Superman? I understand the importance of being inclusive to viewers new to a franchise, but these moments have been done so many times, they have basically become human lore. Time spent replaying these obvious plot points is time wasted in a new movie that should be covering new ground. Which leads me to my next point…

In the Marvel and DC Universes there are thousands upon thousands of characters and stories. There is enough original material to create brand new movies for years to come. Yet since just the year 2002 there have been five films dedicated solely to Spiderman. Film makers need to be less afraid to dive right into some of these untapped resources. The Guardians of the Galaxy were an obscure group for the vast majority of us before they appeared in Marvel’s critically acclaimed 2014 film of the same name – but that didn’t stop it taking home a heaping handful of awards and accolades! When I went to see it at the cinema I had no idea what I was getting into, but before the credits even started rolling, I was already contemplating trying out green body paint to put together a decent Gamora costume for the next pop culture convention.

What do you think makes for a great superhero movie? Let us know in the comments below.