Where to find and play retro games 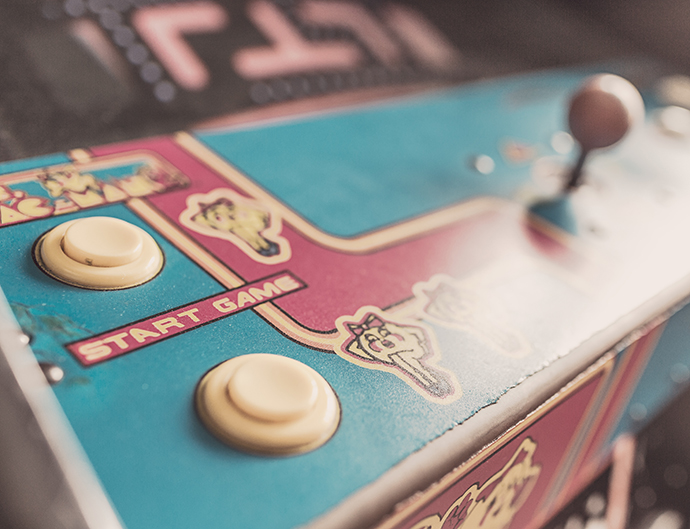 Last month, our team shared some of their favourite retro video games, and we were thrilled to see so many comments from people sharing their own childhood favourites. With so many game lovers out there, it wasn’t much of a surprise when a few asked where they could relive all their favourite video game memories.

I consider the hours spent on video games as a child as some of the best spent hours of my life. The same way a great movie can change your whole perspective on the world, a great video game can too, only it’s even more personal because you get to be part of the story. Reliving a great video game is like getting back a piece of your childhood, letting you feel like a kid again.

If you want to experience the fun of your favourite games all over again, there are a few ways to go. Here are some of our suggestions.

If you want the complete, cartridge-blowing, D-pad controllers and joysticks experience of retro gaming, there are plenty of ways to buy the original consoles and games. Some of the original console and game owners kept their investments in good nick and are now letting them go via sites such as eBay and Gumtree. There are even Facebook groups dedicated to buying and selling retro games and consoles.

Some of the local markets around Australia have managed to get their hands on some retro games and consoles too. I know at least in my own stomping ground of Perth, several markets such as Gosnells, Wanneroo and Malaga markets have stores that sell retro games, but I’m sure each city would have their own equivalent (If you know where one is in your area, please share with us in the comments!). Pop culture fairs can also be a great way to find gaming gems from times past.

On the other side of the coin, if you have any retro games or consoles you no longer use, you can always consider selling them. Personally, I horde all of my retro gaming treasures because I can’t bear to part with them, but there can be good money to be made from selling old video games/consoles – especially if your games still have the original box intact. A copy of Chrono Trigger with box and manual can sell on eBay for over $200 USD. A mint condition copy that has never been opened can go for as much as $12k USD! If you just want to play the game and are happy to do so without all the original paraphernalia, there are several ways to go. Without venturing into the murky waters of illegal downloads, there are some perfectly legitimate and legal ways to enjoy your old favourites. Steam is a great place to start, with a whole section of the site dedicated solely to retro games. There are some classics available on Steam for a small fee, including the Megaman Legacy Collection, Tomb Raider 1 and even remastered versions of Grim Fandango and The Secret of Monkey Island. GOG.com (short for Good Old Games) is a site similar to Steam: it is a digital distribution platform with a catalogue of some of the most acclaimed games of all time, available to play for a small fee. Their library has some impressive titles such as the original Theme Park and Theme Hospital, Rayman Forever, Earthworm Jim 1 and 2, Worms 2 and one of my all-time favourite point-and-click games: Toonstruck! (With an all-star cast including Chris Lloyd, Tim Curry and Dan Castellaneta). Consoles such as the Wii and Wii U have stores where you can buy emulators of their older games. Wii U features the Nintendo eShop, where you can buy and download both new and classic Nintendo games, including the unforgettable Super Metroid, Super Mario 64, Super Mario World and even The Legend of Zelda: a Link to the Past. PlayStation have released their own version of this on the PlayStation 4 called PlayStation Now: a cloud gaming subscription service. You pay for access to a selection of PlayStation 3 titles, with the possibility of PlayStation 1 and 2 titles to be added in the future. PlayStation Now is not currently available in Australia, but it’s one to look out for if you’re craving the old PlayStation Games like the original Spyro the Dragon and Crash Bandicoot.

How do you enjoy your favourite retro games? Let us know in the comments below.