Your cat could become an internet celebrity 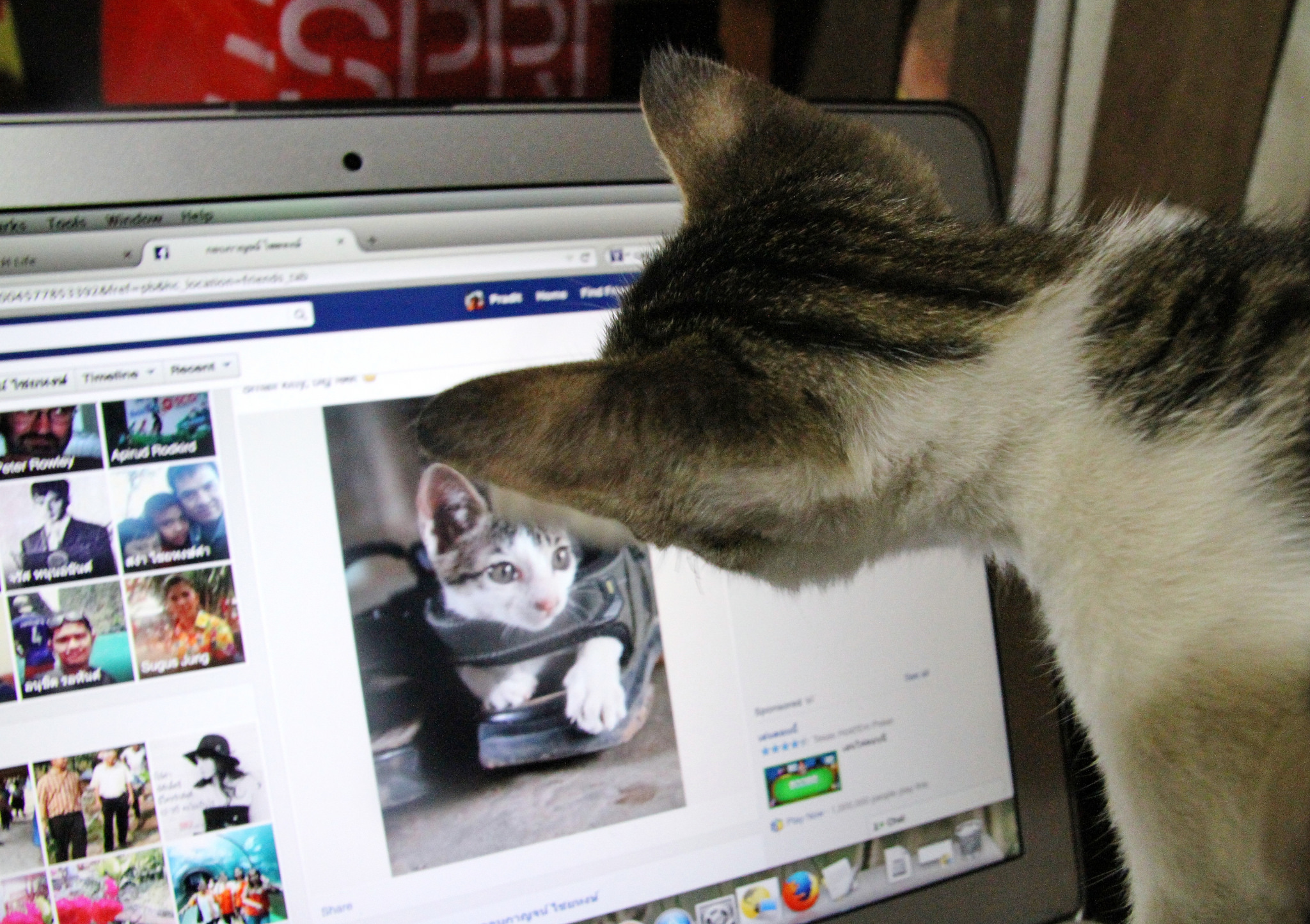 May is the month Kittycam was established 2 years ago. If you haven’t already heard: Kittycam is a live-stream of all the adorable kittens currently available for adoption at the Perth Cat Haven. You can watch the little fluff balls via iiNet’s Freezone section, playing, munching or just having a little catnap. The bonus for iiNet customers is that all that kitty action is available quota-free, so it doesn’t count towards your monthly downloads!

Now, it’s no secret that the internet loves cats. Our feline friends dominate the World Wide Web over all other species (possibly even humans). But what is it about our whiskered familiars that make them so irresistible to the ‘net?

To celebrate Kittycam’s 2 year anniversary this month, we’re going to have a look at the unique features that make cats the masters of the internet, and how you can use those features to make your own fur baby an internet celebrity.

Who knows? You may be sitting on a fluffy little goldmine. Could your kitty be the new Grumpy Cat?

Let’s face it: Kittens are adorable. You’d need a heart of stone to resist their big eyes, button nose, furry faces and hilariously awkward clumsiness. The easiest way to make a viral cat picture is to just photograph your cat being so cute, people can’t help but “aww”.

Dress them up in something cute, wrap them up in a blankie, or just snap them putting on their best Puss in Boots eyes for the camera. If the picture makes you go all warm and gooey inside, you’re on the right track!

So maybe your cat isn’t “traditionally” cute. It’s cross eyed, a bit on the chubby side or just doesn’t live up to the societal standards of cat beauty: work with it! People love Grumpy Cat’s permanently disgruntled appearance, Venus the Chimera Cat’s mysterious split-coloured face and Hamilton the Hipster Cat’s epic moustache. Celebrate the things that make your pal unique and even ham it up if you like.

But don’t feel limited to physical quirks. As any pet owner knows, every animal has their own individual personality. Maybe your cat has its own distinct wacky antics that you could share with the world. Create a situation, phrase or caption that suits your kitty’s quirks for the ultimate meme-worthy materials.

It’s hard to deny that we humans are a fairly self-involved creature, and as a result we tend to like things that remind us of ourselves. Cats are an easy target for us to project onto, as they are very expressive creatures. More so than dogs who always seem to be wearing one of three expressions: excited, dopey and guilty (or maybe that’s just my pup).

Take a pic or video of your cat exhibiting human-like behavior or pulling a familiar face and it might be a hit. Or, you could put them in a situation that reflects everyday life such as “reading a newspaper” or “working at the office” (this one works especially if the cat has a little tie).

Almost every time I’ve asked a dog-person why they don’t like cats I’ve received the same response: because cats don’t show their love the way dogs do (though the more blunt people paraphrase this sentiment as “cats are jerks”). But for cat owners, their aloof attitudes can be a large part of the appeal: you have to work for their love. It feels like a great achievement when you’re giving your cat a chin scratch and they begin to purr: you feel like you’ve won a medal!

Some cat pictures and videos have gone viral simply by playing to the sassy behaviours of cats. We can’t help find it humorous to watch these dignified little critters completely snub the hand that feeds them. Their sassy attitudes would give Queen Bee herself a run for her money. As a cat owner, I must say it sometimes feel like they own us rather than the other way round!

Due to the fickle nature of the internet, it’s impossible to predict exactly what will ever go viral, but following these tips should put you on the right track. And if not, it should at least create some fond, funny memories of you and your cat.

For anyone who would like to own cat, the next internet sensation may be waiting for you to adopt them at the Cat Haven.

Think your cat has star quality? Why or why not? Let us know by posting a comment below!